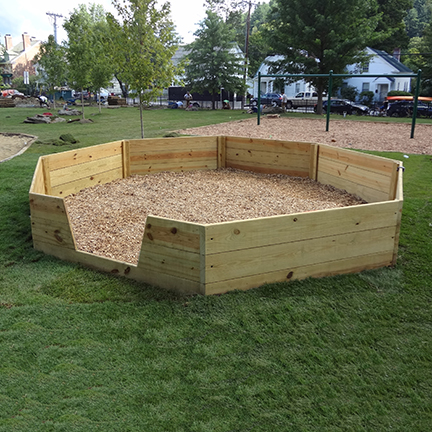 If you want your kids to have a blast, get lots of exercise, develop eye-hand and foot coordination, hone their balance skills, develop great social skills, work as a team, and get more nimble, you need the Ga-Ga pit on your playground - Or in your backyard! And almost ANYone at ANY age can play this game.

Our Ga-Ga pit kit makes one 18’, octagonal (8-sided) structure that sits on the ground and requires NO preparation - except where you want to put it should be close to level - And it takes very little time to set up.

If you would like to install one in your backyard, we will make a smaller octagon, and obviously the price would be less!

We make our Gaga pit with an easy step-in entrance, and the plates under the corners slightly raise the structure above ground so water drains.

We can also separate the boards so you can see between them and know if someone is trying to hide! (just let us know)

Comes with simple installation instructions. Made with kid-friendly, pressure treated wood. Great for any age group, great for a backyard!

Believe it or not, the game of Ga-Ga (touch-touch) Ball is highly competitive, and 36 countries vie for the championship every summer, so this is no fad, and kids love it! The object is to hit, or slap, the ball (not throw it) into another player's leg. It must hit at the knee or below to get someone out.

Known also as Octo-Ball and Panda Ball, Ga-Ga is played in a large octagon (which is what we make) called the Ga-ga pit.

It's super simple. Basically, you throw a bunch of players and a ball in a pit, turn up the music, and everyone’s for him/herself; if the ball touches you below the knee, you're out. The last one in the pit wins. Then, everyone hops back in for the next round. Games last no more than five minutes. It's fast, it's sweaty and it's really addictive. As soon as you get out, you can't wait to hop back in. That's why they're all talking about it!

1. All players start with one hand touching a wall of the pit.

2. The game begins with a referee (or one of the players) throwing the ball into the center of the pit.

3. When the ball enters the pit, the players scream 'GA' for the first two bounces, and 'GO' on the third bounce, after which the ball is in action.

4. Once the ball is in play, any player can hit the ball with an open or closed hand.

5. If a ball touches a player below the knee (even if the player hits himself or herself) he or she is out and leaves the pit. If a player is hit above the knees, the play continues.

6. If a ball is caught on a fly, the player who threw the ball is out. Players cannot hold the ball.

Using the walls of the octagon to aid in jumping is legal as long as the player does not permanently sit on the ledge of the octagon.

If needed, a second ball can be thrown in the pit to expedite the end of the game. The last player standing is the winner of that round. (from The Gaga Center) 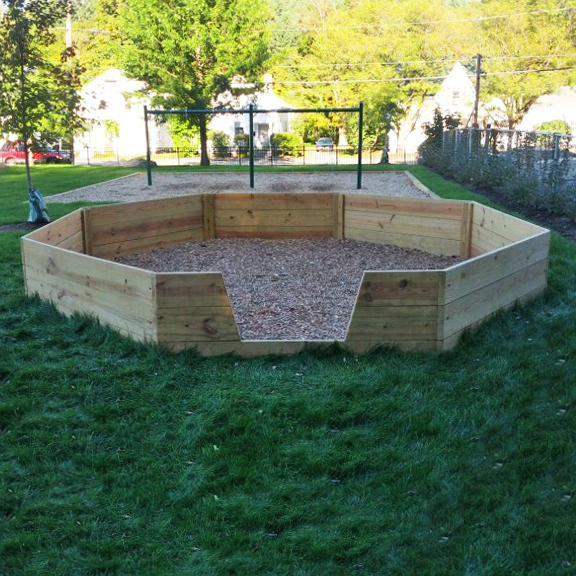 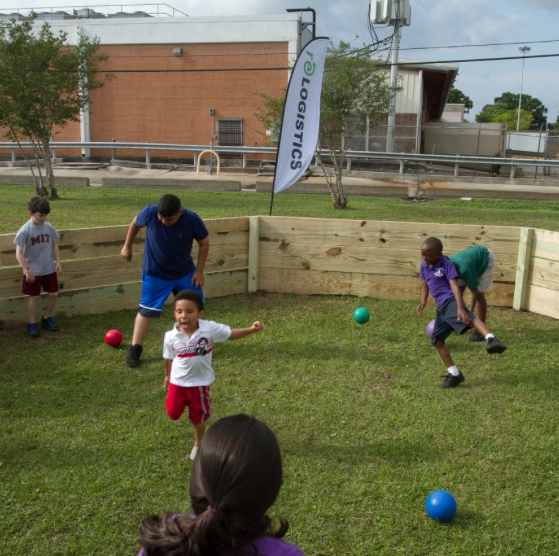 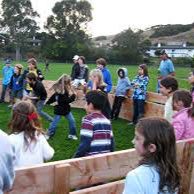